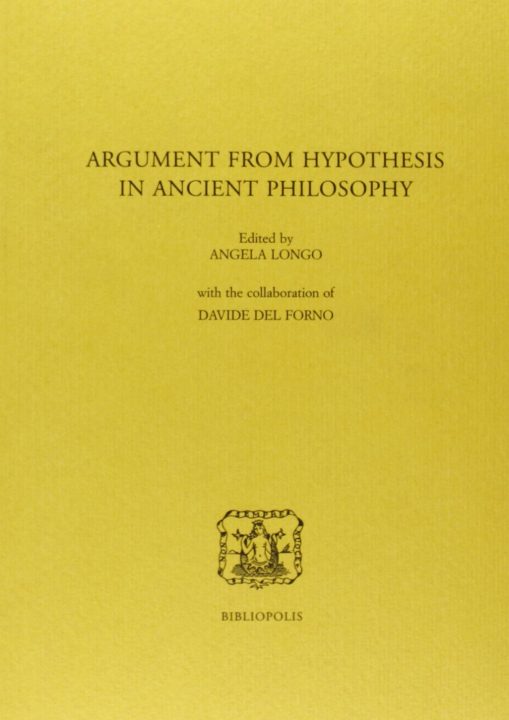 This volume offers an over-arching study of the use of hypothetical arguments in ancient philosophy. It may claim to be pioneering inasmuch as it considers texts and authors from the classical period, from the Hellenistic age, and from late antiquity. Its order is chronological: from Plato to Damascius. Its approach is plural: there are historico-critical essays and there are pieces of a more theoretical nature; the theoretical parts of the volume aim to explain what sort of thing a hypothesis is, what marks off arguments based upon hypotheses from other arguments, what rules of inference hypothetical argumentation invokes, what a hypothetical argument may hope to achieve, and so on. The primary aspiration of the volume is to provide a wide view of a subject which, insofar as it is in itself somewhat technical, tends to attract a nice and narrow inspection. Thus one criterion which contributors have been encouraged to observe is this: the use of hypothetical arguments – or of the “hypothetical method” – should be considered not in isolation but rather in connection with the other dialectical procedures of division, definition, demonstration, and analysis. The volume makes a first step towards a synthetic account of the use of hypotheses in ancient dialectic.