HomeShopMaterieLOGICAIntroduction to Deontic Logic and the Theory of Normative Systems 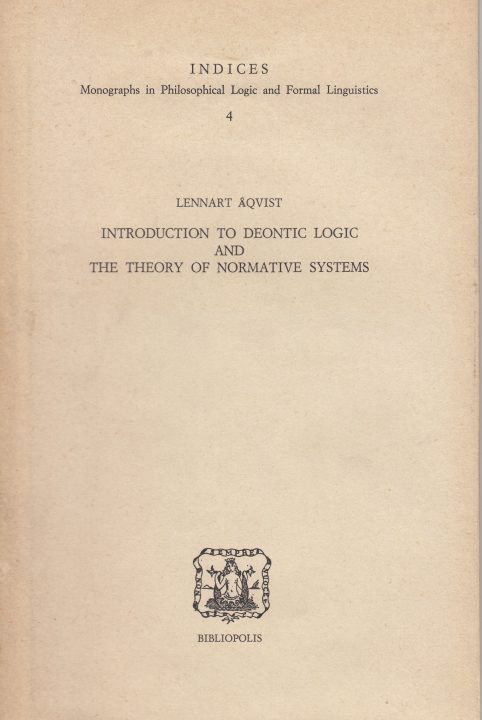