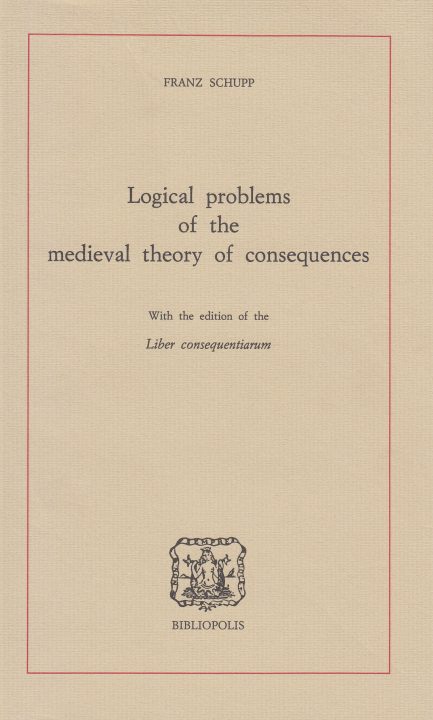 Logical problems of the medieval theory of consequences

The 14th century theory of consequences is rightly considered one of the most important achievements of medieval logic. The Liber consequentiarum, published here for the first time, is of particular interest because it is the only treatise known so far using both Burleigh’s and Ockham’s definitions and divisions in order to endeavour a ‘systematic’ treatment of the consequences. In the introductory essay the author shows that there seem to be some shortcomings in the usual modern interpretation of the medieval theory of consequences which asserts the priority of the logic of propositions in this doctrine. Contrary to this interpretation it is argued that there are good reasons to assume that the anonymous author of the Liber consequentiarum along with Burleigh and Ockham and probably many other authors shaped this doctrine within the framework of the logic of terms.