HomeShopMaterieLOGICANotes on Philosophy, Probability and Mathematics 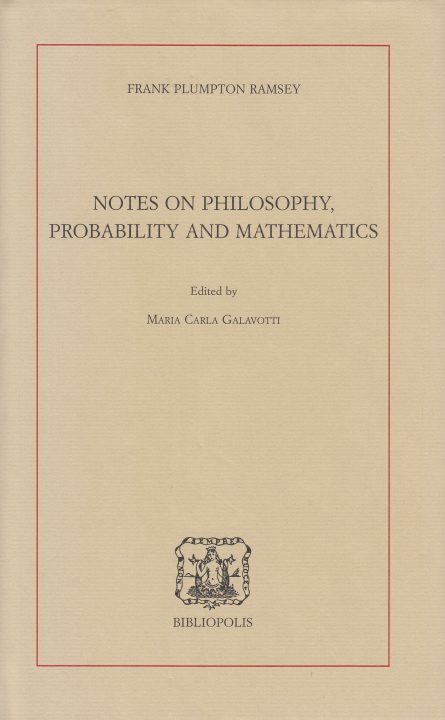 Notes on Philosophy, Probability and Mathematics

This book is a collection of notes by Frank Plumpton Ramsey from the manuscripts held in the Hillman Library of the Uni­versity of Pittsburgh. For the most part, they are published here for the first time.

A leading figure in the Cambridge of the Twenties, Frank Plumpton Ramsey ( 1903 ­- 1930) despite his premature death was able to do seminal work in logic and philosophy, and is widely recognized as the founder of the subjective interpretation of probability, as well as the opener of new research branches in mathematics and economics.

Maria Carla Galavotti teaches Philosophy of science at the University of Bologna. She has done research in the foundations of probability and in various topics of con­temporary epistemology, such as explana­tion, theories and causality. She has worked at this collection while staying at the Center for Philosophy of Science of the University of Pittsburgh during the academic year 1989-1990